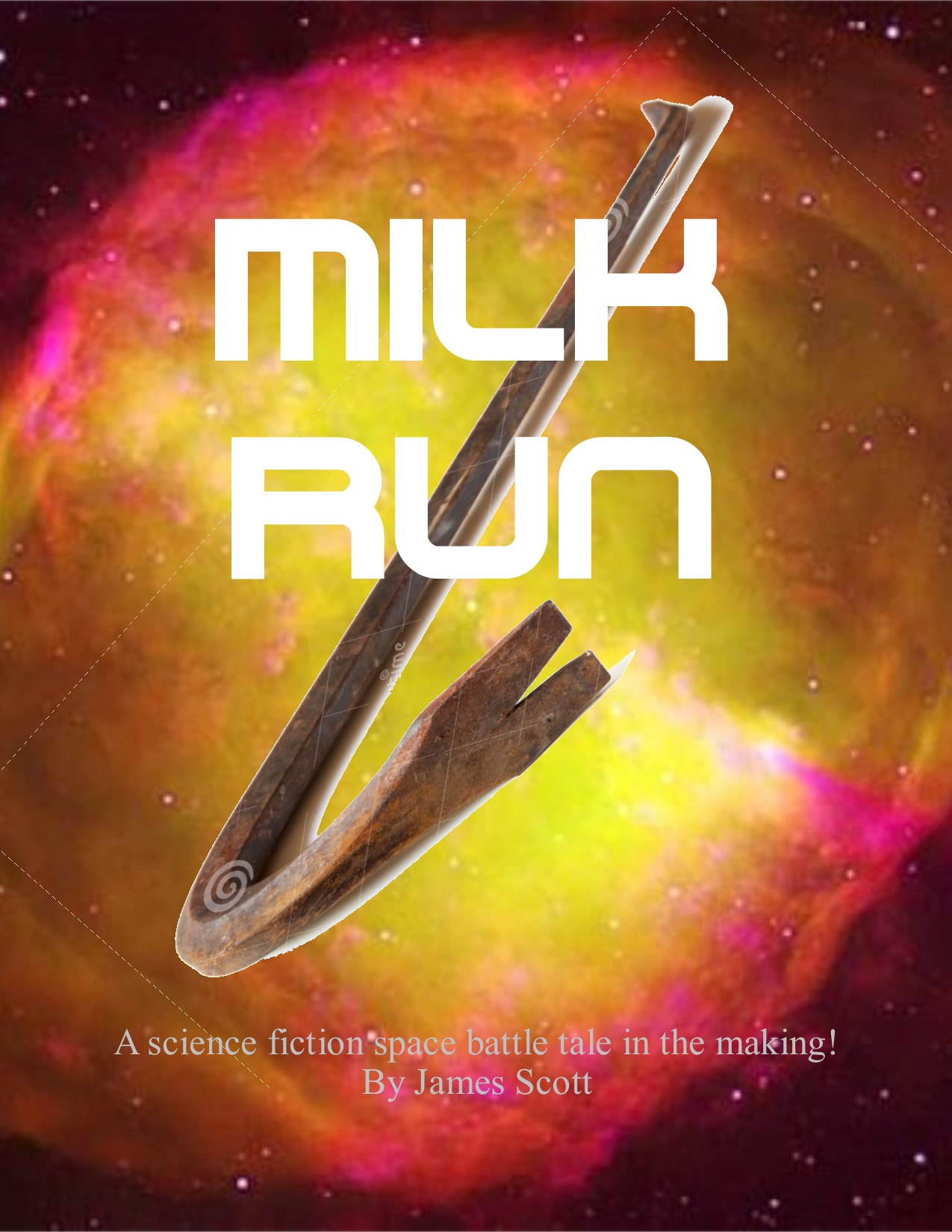 MILK RUN, is a young adult science fiction novel about a young captain fresh out of space command school on his first mission as captain of the USS Princeton, an old destroyer class spacecraft.

Earth is losing the war against the Telrachnids and our young captain is charged with delivering a new weapon to a secret star base.   But what our hero thought would be an easy first mission turns out to be a test of his ability to lead a crew and ship much older than he against an enemy that is using his own fiancée to destroy him, his ship and his mission.

This novel is currently a work in progress.  Click here to see the latest.