QUEST- It’s How You Get Around In Heaven

Actually, it’s called ‘zapping’ around in Heaven.   You zap to anywhere you want to go. No need for planes, trains or automobiles.   Trekkies use a ‘transporter’ to beam to and from a spaceship. But once you get to Heaven, you use the Quantum Entanglement Substance Teleportation (QUEST) satellite network to zap around to any place you want on the planet or the stars for that matter—without losing his lunch.

QUEST technology is based on real science, specifically quantum entanglement where the spin of subatomic particles can be predicted by measuring their entangled partners. Sort of like knowing a husband’s vacation itinerary by speaking with his wife—but I digress.

Since we are all made up of subatomic particles, it’s theoretically possible to use the information about entangled particles to construct an exact replica of someone or some thing in another location effectively zapping that object from one place to the other. The original is destroyed in the process eliminating some interesting philosophical issues; although some other issues may arise, like does quantum entanglement teleportation also work for the human consciousness or soul—but I digress again.

There are real world experiments where scientists have used quantum entanglement to zap things around—small things about the size of photons.   But that’s a start.

So here’s how it works in Heaven…

Let’s say you are in Yahweh’s laboratory in the Great Scientific University of Heaven and want to visit him at his home in the library on the other side of the planet.

All you do is say or think to yourself “QUEST, take me to Yahweh’s home in his library.”

A tiny computer on your shirt, no larger than a grain of sand, will recognize your thought command and send a signal to a Quantum Entanglement Substance Teleportation (QUEST) satellite high overhead.

In response, the QUEST satellites will send two pairs of electromagnetic beams down to the planet. One pair converges on you, while the second pair merges in Yahweh’s library half a world away. A foggy mist of entangled subatomic particles materializes around you and in Yahweh’s library.

One of the QUEST satellite beams scans you. Your body dissolves in a flash of blue light that, according to Yahweh, feels like a thousand crawling ants. In less than ten seconds from the time you thought the words, the QUEST satellites use the physics behind quantum entanglement to zap you from Yahweh’s university lab to his home library on the other side of the world. Don’t forget to take your shoes off when you zap to his home.

For those of you who want to know more details about the quantum entanglement process real world scientists used to zap things around the lab, click here.   Also click here to read about that experiment where they actually did it. 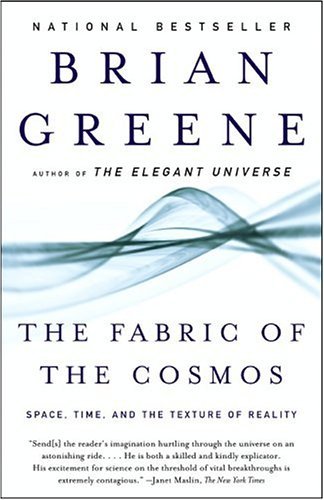 Brian Greene has a great and entertaining book (The Fabric of the Cosmos) on this and related quantum physics.

Finally, here’s a note on zapping etiquette: it is improper to just zap away right in front of someone.   Rather, it’s customary to walk a short distance from anyone before going on your QUEST.

Check out the other concepts and ideas I used in writing Heaven’s Ant Farm on this blog.   Feel free to comment and please click the follow button.   Thanks!