Do you remember my blog back in April 2014 about how Cosmic Microwave Background radiation observations at the South Pole would be the first conclusive proof of gravity waves from the Big Bang?  Cosmologists hope to show evidence of gravitational waves, those ripples in space time, generated during the earliest moments of the Universe when it expanded—some say faster than the speed of light.  Scientists call this period of crazy expansion inflation.

Well, things are not going well down there.  As cosmologist Marc Kamionkowski of Johns Hopkins University in Baltimore, Maryland, reportedly said in the January 30, 2015 issue of Nature Magazine, “I no longer believe that BICEP2 detected the signal of gravitational waves.”

It turns out that what the BICEP2 telescope detected way down under at the South Pole was nothing more than noise created by all the dust, rocks, boulders, (and probably busted up alien space cruisers) floating around the Milky Way galaxy.  Guess you can call all that debris “Space Poop.” 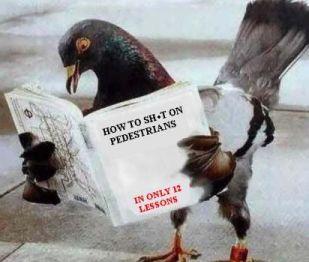 And the pigeons strike again!

But wait, all is not lost!  This setback doesn’t mean Big Bang gravity waves don’t exist.  They just have to clean out the space poop static to get a good gravity wave signal.

Clean out the poop.  That’s what Arno Penzias and Robert Wilson thought back in ’64 just before they swept out the pigeon crap from their Bell Labs horn antenna in Crawford Hills, NJ—and look what they discovered!

So, why in the heck am I writing about this?  Have I nothing better to do than to blog about how things can get screwed up by poop?  Well, that stuff is getting in my way for using the cosmic inflation theory and superphotic gravity waves as SciFi props to explain how a parallel universe that contains Earth gets created in Heaven’s Ant Farm.