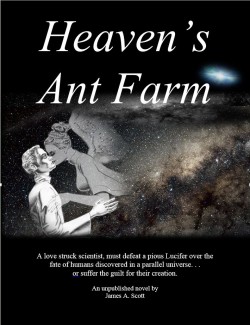 Having given Abram a telepathic critter cam device, Yahweh can now see and understand everything that Abram experiences.  As Abram enters his village, this is what Yahweh saw . . .

Through Abram’s mind, Yahweh takes in the sights, sounds, and smells around the village hamlet. The aroma of burning wood fills the air. Dogs, goats, chickens, ducks, and other fowl sniff, graze, or peck at the grassy grounds. Three large men greet Abram, bowing deeply and crossing their arms over their chests. Men, women, and children crowd around as the escorts bring Abram to a structure of tall walls.
As Abram makes his way inside, Yahweh can make out the eight mud and stone walls of this large building that Abram calls the Great Hall. A huge fire burns inside. Its red embers send sparks through a large opening in the roof.

A noisy crowd jostles around the hearth, their bodies glowing golden brown from the nearby fire. Three tall men hold another man, who struggles against his captors. Abram knows this man as Adam, First Son of the Great Elder from the Village by the Faraway Waters and Hunter of the Forest Tiger. His eyes reflect an angry glow from the fire before him.

Through Abram’s feelings, Yahweh can sense that something is wrong.

One of the older villagers turns to Abram and says,  “Adam has killed Zuphlas. We must decide what to do.”