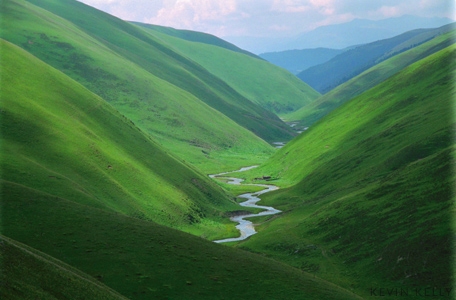 A story’s Low Point throws you deep into the valley of despair where you, like our hero, feel closed in by walls too high to overcome. This is the fourth of the seven skeleton bones for my new novel MILK RUN.

This fourth bone—the Low Point—is where Captain Toby is as far as it seems possible from achieving his goal.  Three quarters of the way into the story, this is the all-hope-is-lost point.  And for MILK RUN, there is a double whammy as you try to climb out only to stumble and slide back into the gorge.

The discovery of Telrachnid controlled crew members on the USS Princeton, causes the crew to suspect each other of also falling under Telrachnid mind control.

Frustrated over Captain Toby’s preoccupation with trying to save his fiancée (Smriti) from the Telrachnids and fearing he may lose the ship in the process, Commander Emerson decides to takeover as captain of the USS Princeton. In front of the crew on the ship’s bridge, Emerson confronts Captain Toby about his true intentions. Is it to save his ship and achieve the mission or is it a love crazed obsession to save his girlfriend? “Perhaps the captain is also under Telrachnid mind control,” Emerson tells the crew.

During the confrontation, the Telrachnid gunship suddendly reappears and attacks the USS Princeton blowing its bow off into space. Toby must now fight two battles simultaneously: one is a struggle against Emerson for command of his ship; the second is to save his ship from destruction.

Convinced that Smriti may indeed prove to be a valued asset to defeat the Telrachnids, Commander Emerson joins Captain Toby in his quest to save her.  Their conflict becomes a strong friendship as they bond together for a common cause.  Toby now sees in Emerson similarities to his father whom he lost during the first Telrachnid war.

Toby, Emerson and a security team spacewalk over to the disabled Telrachnid gunship where they overcome its crew and retrieve Smriti.  Air tight spacesuits protect Toby and his team from the stings of the spider like Telrachnids that crawl about them. But diminishing oxygen and a gathering of the Telrachnid drugged humans who operate the gunship prevent Toby and his team from sabotaging the gunship.   They must head back to the USS Princeton before their air runs out.

But one of the security team members is stung by a Telrachnid through a tear in his spacesuit and goes into a drug crazed rampage killing Commander Emerson as they spacewalk back to the USS Princeton.  Toby must now confront the lost of his new fatherly friend whose previously unappreciated experience he desperately needs to defeat a reawakening Telrachnid gunship.

I’ll cover the story’s Second Act Turn bone in my next blog entry.

Click here to see the story action for the other bones of MILK RUN.