Have you ever walked in an office building hallway and wondered what it would be like if there were no gravity? Without gravity to allow your feel to grip the floor, you’d have to grab hold of the cabinets (assuming they are bolted to the floor) and pull or push your way forward. You might even get an urge to swim your way up the hallway. Now imagine trying to do the same thing on a spaceship. How do you simulate gravity?

All too often we see on science fiction shows people strolling down the corridors of spaceships as if they were walking on Earth. So, how do they do it? A quick investigation of the technology used 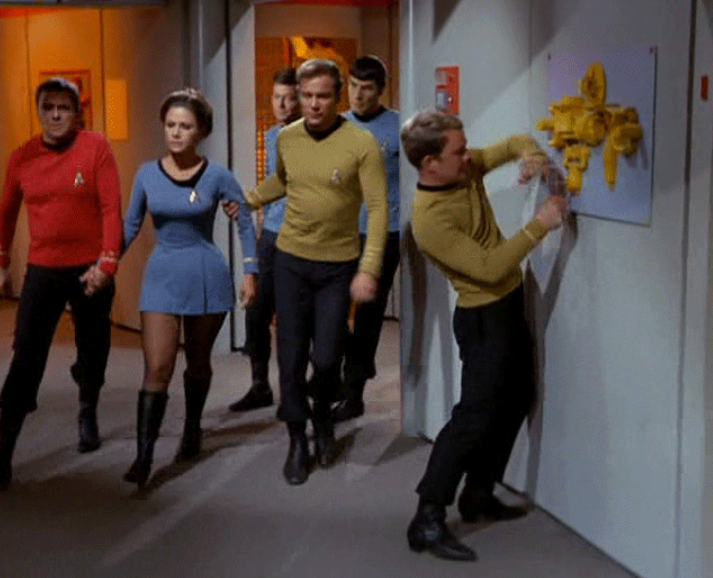 by block buster science fiction franchises yields the same approach to solving this problem. It’s an overused trick called the “gravity generator.” It usually takes the form of “gravity plates” in Star Trek or well gravity generators in Star Wars or something like that.

However they do it, none of these solutions seem to have any fundamental basis in scientific fact. Actually, that’s understandable given the need to focus the stories on the less scientific themes of good, evil and the human condition rather than a physics dissertation on how to create artificial gravity.

But one of my goals for MILK RUN is to make the science in the novel more believable by using technology in the story that’s closer to real world reality. Mind you, I still use some artistic license on things like faster than light travel but not here with artificial gravity. Matter of fact, my approach is down right back-to-basic simple.

The main assumption here is that generating artificial gravity in ways other than the use of centrifugal force is rather expensive in terms of bulk, power, etc. So in MILK RUN, large space stations continue to look like the 2001 Space Odyssey space station wheel that slowly rotates to 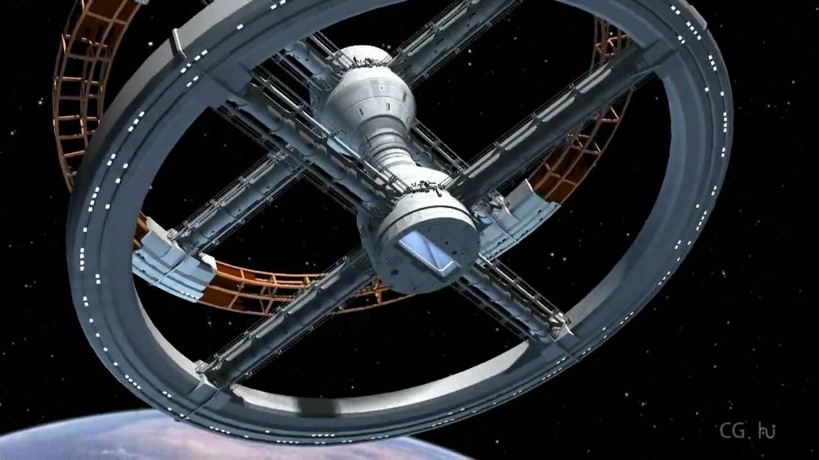 create an outward force that firmly plants your feet and everything else against the floors that are built in circumferential layers around the station.

In MILK RUN, Space Command (SpaceComm—the US Navy version of a military service that operates in space) builds large space warships that look like an elongated tube (resembling a submarine without a conning tower) that rotates along their long axis to provide artificial gravity throughout the entire ship with the best gravitational experience being far away from the central point of rotation

Smaller warships like MILK RUN’s destroyer class USS Princeton or the much smaller enemy gunship don’t rotate given their need for accurate firing, maneuverability and presenting as small a target to the enemy as possible. So, the answer for these warships is metallic floor plating throughout the ship and everyone walks around with magnetic boots that glues them to the floors.

Likewise, everyone either eats from magnetized dishes with their ribeye steaks firmly pinned down to the plate or suck in their green peas from a plastic bottle. Space toilets? Well, we’ll rely 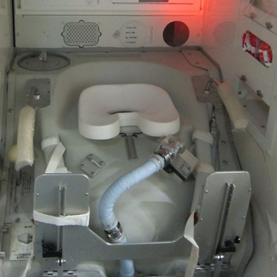 on an improved version of the Wolowitz Zero-Gravity Waste Disposal System to address that problem. I’m assuming that some sort of vacuum principle is in play here but I’ll stop there.

No doubt there are confined places on board these ships where you can’t walk upright like maintenance areas or crawl spaces (equivalent to Star Trek’s Jefferies tubes) that snake throughout the ship. So to traverse these areas, one would either use magnetic knee and hand pads to crawl through those tubes or take their chances and float through with the occasional bump against the wall.

The nice thing about this idea is that you can easily lift and maneuver heavy objects in zero-g while still being firmly planted on the floor—a great way to have your cake and eat it too! This also presents some interesting opportunities to challenge the characters and shape the story given the realities of this approach. Now this doesn’t solve all problems and there is still the question of how the human body changes after long term exposure to zero gravity. But I’ll take the cheap way out here and simply say some pharma company developed a pill to compensate for that problem.