Last week, I lost a good friend. It brought to mind the warmth and great conversations we and our families had together: traveling, partying and over eating (remind me to tell you about the $99 steak!). On my way back from the funeral in Virgina, I thought about all those good times like when wine shot out of my nose because I laughed so hard at the jokes he told, or when we watched the girls go by as we smoked cigars, drank sangria, ate Jamon Serrano & cheese and told each other lies in front of a small café in Seville, Spain. How can I get those times back?

And that got me to think about the nature of time.

Time is a fleeting sensation of going from one moment to the next, making decisions that produce some sort of result or consequence before flinging you on to your next decision. Time, it seems, is nothing more than a giant decision tree of life—a series of moments and events that have carved themselves into the neurons of our brains. Like a monkey in a tree, can one ever go back down to a previous branch and relive a moment or better yet, go from there to another branch not taken?

Physicists have given plenty of thought about the nature of time. Does time really flow? If so, does it only travel in one direction? Does it treat the past, present and future equally? Can we go back to experience the past? From what I have read and observed, it seems that time is just an illusion, a mere temporal ghost dreamt up by our minds to cope with the relativistic realities of spacetime—the playground for our existence.

The dreamy sequence of events in time varies from individual to individual depending on where they are and their relative motion. For me, the flow of time seems like a reality movie. A series of moments—lit up one at a time by a cosmic movie projector. A moment lights up on the screen then is gone only to be followed by the next moment, then on to the next, then the next, then the next.

So is the past destined to fade away, overwhelmed by tomorrow’s events when the cosmic projector’s light moves on to those new moments? Not according to Einstein who believes that reality embraces yesterday, today and tomorrow equality. They are all on the “same footing” says Brian Greene, author of THE FABRIC OF THE COSMOS.

A lot of thought has gone into how to build a time machine. From what I’ve read, it is possible. However, it would require spinning black holes or moving wormholes at near light speeds. But is all that wizardry necessary? I don’t think so. 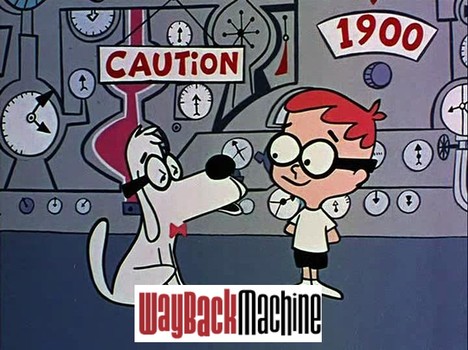 I already have the equivalent of Mister Peabody’s “Wayback (WABAC) Machine.” Just rewind that movie reel (aka video file on my iPad) to the desired scene and hit play to activate the right neurons and relieve those great moments. Or I can just stroll through the tons of pictures I have stored online. That’s my time machine! And I don’t have to worry about violating any of those silly time paradoxes like accidentally killing my grandfather, which would result in my not being born, which would make it impossible for me to go back in time in the first place (that concept gives me a real headache).

So what does all of this have to do with science fiction? Well, it reminds me that you don’t need a fancy-schmancy time machine to visit the past or to tell great scifi stories. And it was my dear friend who past away who gave me the idea of writing my first science fiction novel, HEAVEN’S ANT FARM, in the first place. So this is my tribute to him and his wonderful family.