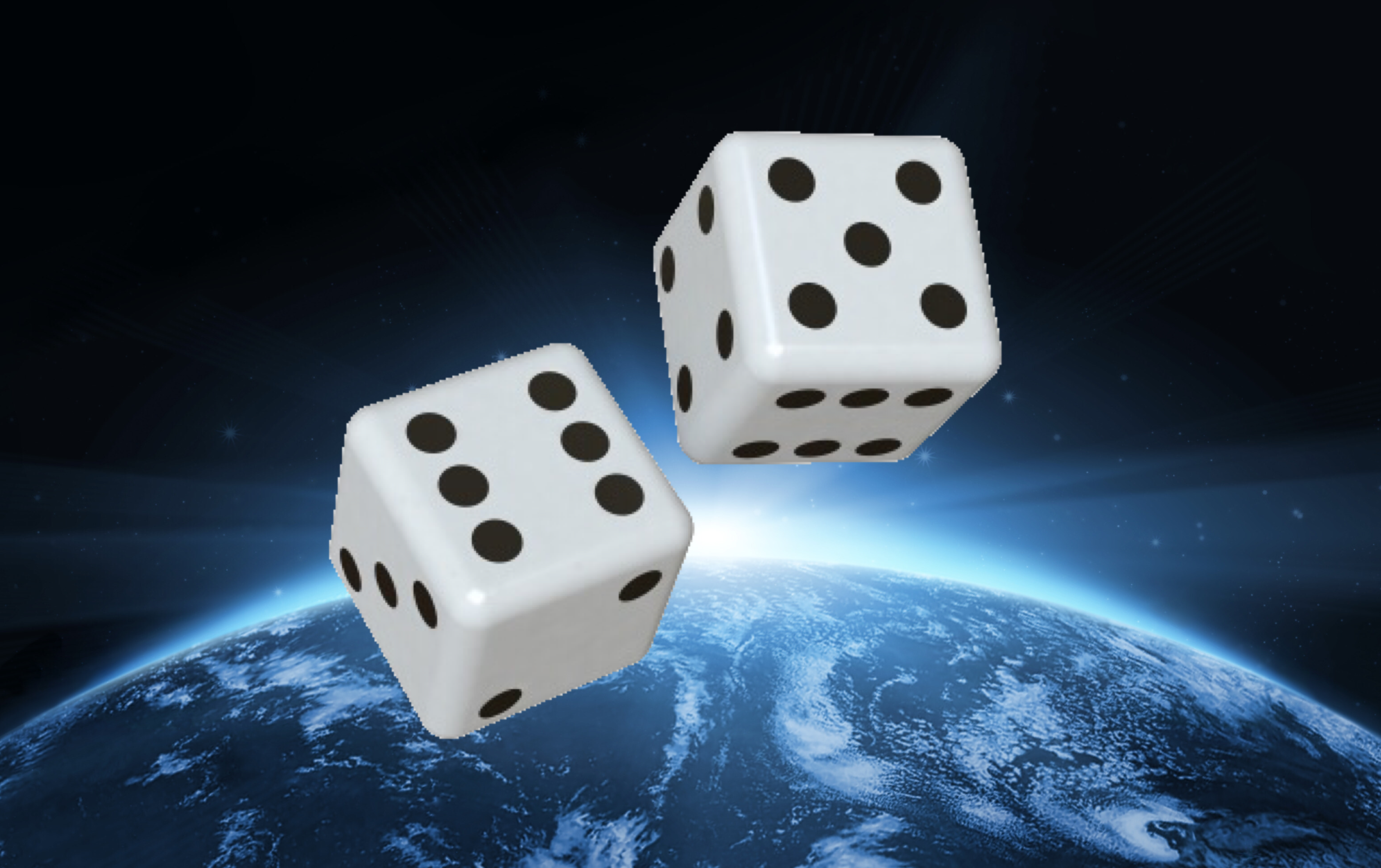 MILK RUN is a young adult military science fiction story about Captain Toby Nathanael Thornton, Jr., fresh out of space command school on his first mission as captain of the USS Princeton, an old destroyer class spacecraft. The Telrachnid war is going badly for Earth. But what our hero thought would be an easy first mission turns out to be a test of his ability to lead a crew much older than he against an enemy intent on using his fiancée to destroy him, his ship and his mission.

One of the first challenges Toby faces is choosing between his mission and saving his lost fiancée Smriti who was captured by the Telrachnids. To influence her actions, they injected her with a powerful drug and use telepathic mind control. Once addicted, human prisoners will do anything to get more of the Telrachnid drug into their bodies.

Now, the Telrachnids are using Smriti to command a powerful space gunship to track down and stop Toby’s ship from delivering ‘the crowbar’ a new weapon that could change the course of the war to Earth’s favor. Toby’s choice, the girl or the mission?

Here’s an early draft from the novel’s “Second Chance” chapter that gives you a peek into Toby’s mind as he figures things out while in his cabin on board the USS Princeton.

This is a draft so I can almost guarantee changes will be made. Meanwhile, please let me know what you think by clicking the comment button on this page.

Late that evening, Toby sits alone, curled up and strapped in the soft leather chair that Grandpa Louie gave him. But the chair’s cuddled warmth doesn’t distract from the strategic battle games going on in his head. It’s an art really, something he indulged in frequently while on those boring SpaceCom bivouacs. Day after day, night after night, sometimes for months at a stretch, he would think about the art of strategy-the long game. It’s more than moving chess pieces around some checker board. It’s more like, like abstract art. Splashes of lines and color start out here, then intertwine there, then heads off anywhere, in some haphazard way. And if you can follow the changing, dodging textures, a final pattern emerges, the end goal. It manifests itself in a way your opponent never anticipates but was plain in the artist’s eye. “It’s like that, all in the design,” he would tell Smriti.

But what’s the Telrachnid’s design? That unanswered question foils complete comfort in the leather chair. Star Bases 21, 23, 51, Alpha, Beta and Proxima Centauri, and hundreds of capital battle spaceships from all the nations on Earth: the Yamato, Carter, Mao Zedong, Lincoln, Putin, Thatcher, de Gaulle, Obama and Roosevelt, all bested. Even SpaceCom’s newest most powerful ship, the USS Reagan, didn’t stand a chance, was shot out of orbit around Saturn in less than ten minutes. And each and everyone never knew they would be attacked until it was too late. Toby shifts around in the chair as the question burns like a lump of hot charcoal in his stomach. Need a distraction.

His eyes wonder the close corners of his captain’s quarters. A squeeze ball floats by and bumps into a model three masted schooner rigged with a magnetic keel to keep it upright as it navigates silently around the weightless cabin.

The ball floats down and draws Toby’s eye to a 3D holographic picture of a smiling Smriti dressed in a traditional red, gold and white East Indian Lehenga Choli. Well not so traditional as he studies the long white Lehenga, pleated with gold at the bottom. The skirt’s kilt and tucks direct his eyes up to a rather tight, thinly laced and pleasing red Choli, that not only matches her lips but exposes her golden tone midriff right up to those supple and well defined . . . well, those are two reasons why her father didn’t like me.

Back then, Toby implemented a strategy to change her father’s mind. To this old man who was one of the main drivers of peace after the TriWars nearly decimated Earth, Toby would be the perfect gentleman, proper and true. Yes, he would focus this charm strategy on Smriti’s father.

But her father was also a champion scrabbler and figured out the game. He called Toby and said he would ‘hook’ his lousy scrabble strategy “in every direction on the board.”

Smriti’s father may have been a man of world peace, but this pugnacious protector of his daughter and family heritage is also no Gandhi. No matter what Toby did to charm him, Smriti’s father would turn it into something bad for him and all to see . . . “a lousy meat eating space cadet ignorant of Indian marriage tradition and who’s from the wrong family, the wrong continent, the wrong religion, the wrong profession, and with the wrong appearance and the wrong sponsor . . . oh wait, he has no sponsor. He’s just plain wrong!”

So Toby changed tact and added a third dimension to the father’s scrabble game—by charming Smriti’s mother. But her mother soon realized what he was doing . . . and took advantage of it.

Smriti’s mother quickly had Toby doing all sorts of lowly things that the robotic help should be doing. She even brought in a dozen pigs and told Toby it was his job to clean up after them.

“They don’t even eat meat!” Toby would mutter to himself while in the field planting rice during breaks from SpaceCom school. But in spite of this, he stuck to his plan.

Toby was, for all intent and purpose, a personal slave to Smriti’s mother. And all of this with the consent, encouragement and joy of Smriti’s father who would take every opportunity to bring his scrabble friends to the hot muddy field in the back of their home. There Smriti’s father would point out Toby toiling away and proudly tell them, loud enough for Toby to hear, “that brown yearling SpaceNut will roast in the sun before I approve his being with my daughter!”

To make matters worst, sometimes Smriti’s mother would come out to the field and ask him if he would sing a traditional negro spiritual as he toiled in the fields. Toby sensed she was testing him. So even though he was riled, Toby only replied that he was not familiar with that genre. And to add a twist of satire to his response, he would do so with a practiced, almost superior sounding, British accent. But she would always respond that “you should learn to sing Swing Low Sweet Chariot.”

Pissed as he could be, Toby never showed anger. After all he had a goal, a mission, a charm strategy. It was only after she died did Toby realize that perhaps Smriti’s mother was also playing a game with him. After her death, Toby came to understand that “Swing Low Sweet Chariot” actually spoke of a promise of eventual redemption to African slaves in America. Was she trying to tell me the same thing?

Perhaps, and unbeknownst to Toby and Smriti’s father, Smriti’s mother added a fourth dimension to Toby’s game of 3D scrabble to help him because for some reason, after he graduated, Smriti’s father suddenly became Toby’s best friend. To this day, Toby still scratches his head trying to figure out exactly what happened. But it doesn’t matter. He got the girl and her family’s permission.

Then the warmth around him turns cold as guilt rises up. It was before he took command of the USS Princeton, matter of fact, almost three years to the day when Toby and Smriti argued about their future together. He had assumed Smriti and he were on the same page regarding the next step in their relationship. After all, I fought hard for it! But his assumed timing was dead wrong. Smriti had other ideas . . . and it seems, concerns. All that time, humility and sweat-all for nothing! So he stormed out from her apartment and bounced around the spaceport bars. Did she really love him?

I’m going keep this short and stop here. I’ll post the second half later this week. Stay tuned!!!  Meanwhile, please let me know what you think by clicking the comment button on this page.